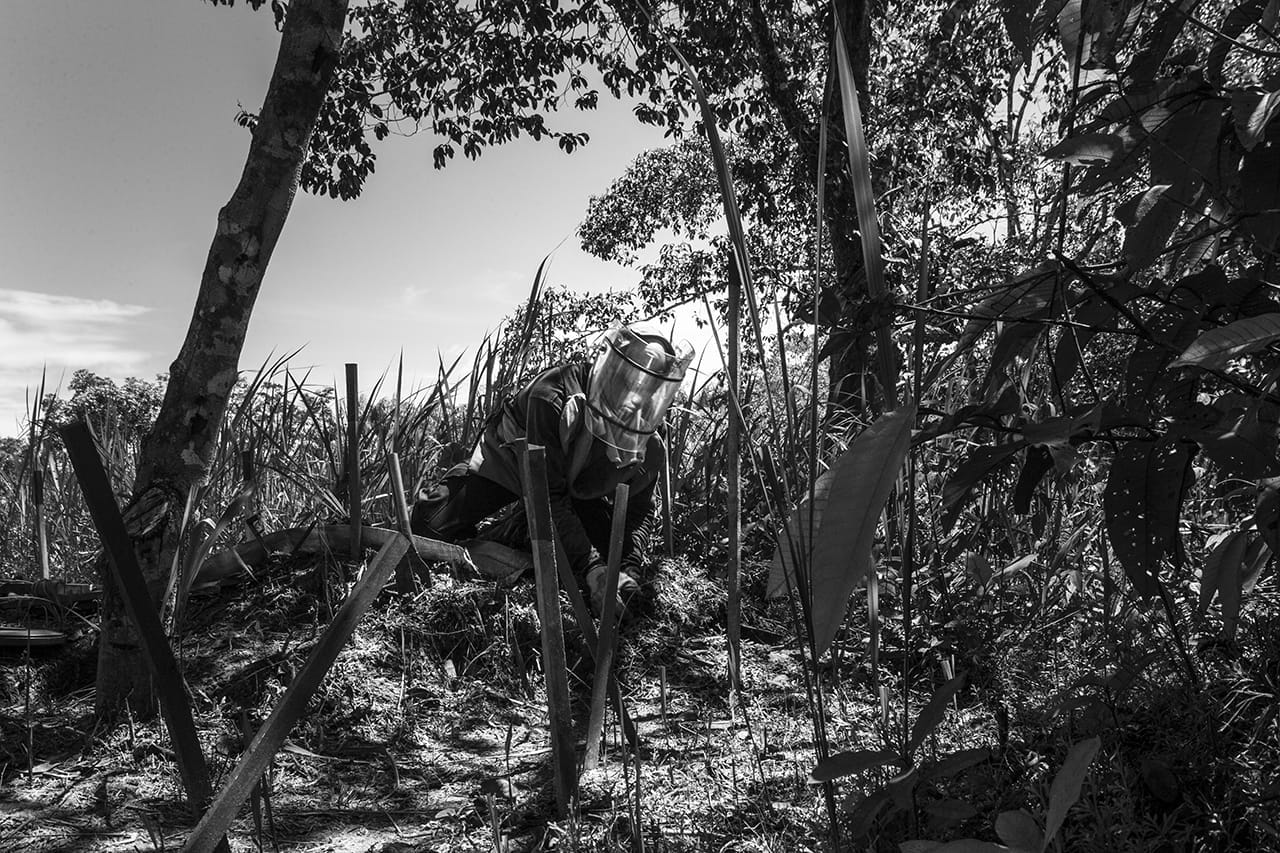 A deminer at work at « El Bunker » an aproximately two kilometers long mined field on the border of a road in Vista Hermosa. Vista Hermos, Meta, Colombia - July 6th 2017

“Following the peace agreement reached in November 2016 between the Colombian government and the FARC, many questions remain unanswered, including how to deal with the landmines that dot the territory, residues of a conflict that unfortunately continues to affect civilian populations. So far, there are two stages to the demining efforts. First, non-technical studies. A team of four or five people go to the villages and meet with the inhabitants to gain their trust explain their presence, gather information and identify dangerous areas. Once this step is completed, minesweepers begin doing their job. The rugged topography of Colombia and its friable soil make the task even more difficult. Moreover, these are not industrial mines. When the government signed the Ottawa Agreement against the proliferation of anti-personnel mines in 1997, it signal a commitment to eliminate the use of such weapons by the military. So, those that now remain are mainly the artisanal ones set by communist guerrillas. They’re made from glass, plastic bottles, PVC pipes, etc. The system uses a syringe as a detonator. And, it’s also important to remember that if there are so many mines in the country, it is partly in response to the ‘Plan Colombia’ initiated by the United States to fight against far-left groups. At the time, in order to avoid direct clashes with the national army, whose arsenal was becoming increasingly large thanks to American support, rebel groups resorted to artisanal mines.

Today, even though the military has created a battalion whose mandate is demining, much of the effort is done by local and international civilian organizations. Most deminers are villagers and farmers from the affected area who know victims and want to do their part to help their community. More than anyone else, they know the impacts mines have on the survival and well-being of their loved ones, as well as the economic, social and cultural health of their region. As an example, the first survivor I met lost both hands and 80% of his sight. To withdraw money, he’s forced to drive for 4 hours to meet Guillermo Gil, the owner of a landmine rehabilitation center, who can sign on his behalf at the bank. In fact, there is little support for victims outside of NGOs because the government-run compensation system is extremely bureaucratic and complicated. In Colombia, too often NGOs do the work of the state.

“I became a minesweeper to help my community. I want to decontaminate Colombi centimeter by centimeter to have a landmine free countryside. And, if I have the courage to do this work it is because I think of the victims who are here, amongst us.

We follow very safe and thorough security procedures. We always enter a the field we need to sweep through a one-meter path wide. Once we’ve arrived in our workspace, we examine it rigorously starting from the top and going down. Then we pass a metal detector from left to right three times in front of us. If all is well, we then cut the vegetation within a 25 x 25cm square and we very gently remove the debris left by the plants. We then take the metal detector for a second double scan, this time from right to left. If nothing is detected we move forward 30cm. If we spot a mine, we flag it and wait for directions from the team leader.

I wish the international community understood and supported us more. Even if we do dangerous work, we are not afraid. My colleagues and I are doing the best we can. But since it’s  by its very nature a slow task, it takes patience and a lot of resources over the long run. In that regard, we need a little more help.

Alexis’ photos mean a lot to me because they show people who have lost limbs because of the mines and the social impact it has had on them, as well as the risks we take to prevent further injuries. Still, images can not show everything. For example, it doesn’t record the discussions we have between ourselves to clear our minds and stay focused on our job of cleaning up mined areas.” 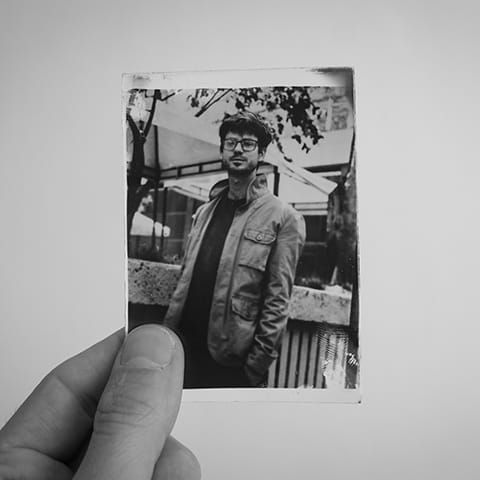 Alexis Aubin
Montreal-born Alexis Aubin is now based in Bogota, Colombia. After earning a degree in Social Sciences, he started photographing in Mexico in 2006. Since then, has been reporting on social issues in North and South America for newspapers and NGO such as Vice, La Presse, Le Devoir, Embassy News, United Nations Mine Action Service (UNMAS) and Norwegian People’s Aid (NPA). His work explores the impact of systematic pressure and conflicts on civilians. 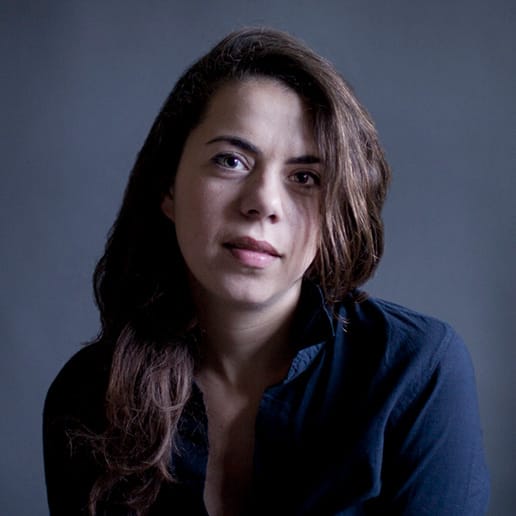